Celebrity Family Feud turns up the heat on Sunday’s episode, which features the casts of Descendants 3 and American Housewife. Stars like Dove Cameron, Sofia Carson, and Meg Donnelly will face off on the fun game show that will air on July 28. We’ve got all the details – from photos and who’s who – for you below!

The Descendants 3 team consists of: Dove Cameron, Sofia Carson, Booboo Stewart, Kenny Ortega, and Cheyenne Jackson. They will be playing for Make-A-Wish.

In addition to film and TV, Dove Cameron has been busy in the world of musicals, having just finished her role as ‘Clara’ in London’s The Light in the Piazza. She’s also still going strong with boyfriend Thomas Doherty, posting #couplegoals worthy Instagram posts, which FTV recently reported on.

And while PLL: The Perfectionists is done with their first season, Sofia Carson is nowhere near done working! She just released a snippet for her song “El Ciclo Sin Fin” (The Circle of Life) for the Latin version of The Lion King!

Something else Sofia’s celebrating? Being nominated for a Teen Choice Award – check out our article here for more details!

Besides playing everyone’s favorite it-girl on American Housewife, Meg Donnelly will reprise her role as the all-American cheerleader in Disney Channel’s Zombies 2. In her birthday Instagram post to co-star Milo Manheim, Megan mentions her excitement to “continue their zombie journey this summer.”

She can also add full-fledged singer to her resume, as she recently released her debut single “With U” featuring Fetty Wap.

Check out a photo gallery of the July 28 episode of Celebrity Family Feud below: 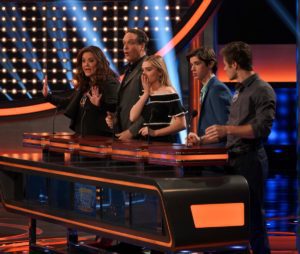 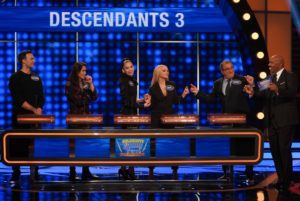 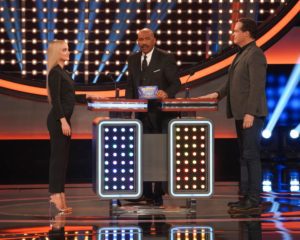 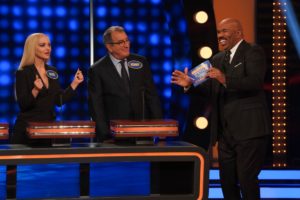 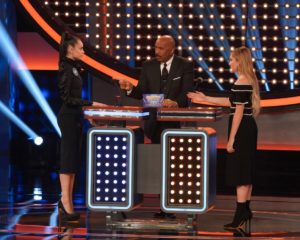 You can see these cool casts in action when Celebrity Family Feud airs this Sunday, July 28, 2019 at 8 PM EST on ABC!

Kenny Ortega, Director of ‘Descendants 3’ Gets Star on Hollywood Walk of Fame