The Hip-Hop ‘duo Julian & Charlize have amazed viewers on World of Dance this season. Judge Ne-Yo predicted the two would “go far” in the competition after watching their routine for the Dance Qualifiers. They impressed judge Jennifer Lopez with their “nasty” choreography for The Duels. The dancers showcased their “musicality” skills in The Cut, which wowed judge Derek Hough.

Get to know Julian DeGuzman and Charlize Glass who will be advancing to the Divisional Finals!

BONUS Fun Fact: Charlize appear with Maddie Ziegler and her family on ABC’s “Celebrity Family Feud” hosted by Steve Harvey in the 2019 season!

Get more photos of Charlize and Julian from ‘World of Dance’ 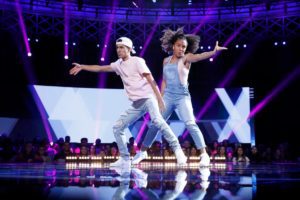 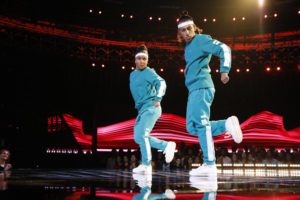 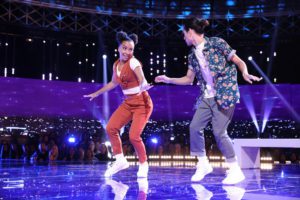 Watch World of Dance on Sundays at 8PM on NBC!

MORE ON WORLD OF DANCE

‘World of Dance’ Cast is Ready for Season 2

Marissa Donovan is a Entertainment & Relationship Writer at Feeling The Vibe Magazine. Colby-Sawyer College Alum (2018) – Creative Writing. Researching the latest celebrity news stories just for you. Lover of pizza and warm days spent at the beach. For tips or comments, email Marissa at [email protected]