New teams are joining Steve Harvey on Celebrity Family Feud in the brand new 2019 summer season to win money for their charitable causes. The very first episode of this season will feature family members from John Legend and Chrissy Tiegen’s families vs. Vanderpump Rules cast.

The Chrissy Teigen and John Legend Team will consist of:

The team will be playing for the City Harvest charity! The celeb couple made Steve Harvey blush as they described their very first meeting on the season premiere of Celebrity Family Feud.

John Legend has definitely been on fire lately in his career. As a coach in the recent ‘Voice’ competition, his team member Maelyn Jarmon took home the crown! Legend said, “Thank you @MaelynMusic for choosing me as your coach! It has been such a joy working with you.“

John is also seen on NBC’s songwriting competition, “Songland” airing this summer who will give unknown songwriters a chance at recognition and fame.

The family recently took a vacation together overseas to Europe with their children Luna and Miles. Chrissy shared this cute photo to Instagram with the caption “Bonjour!”

A few cast members from the hit Bravo reality show, ‘Vanderpump Rules’ will be taking the stage for Celebrity Family Feud against their rivals Chrissy Teigen and John Legend.

The ‘Vanderpump Rules’ cast will consist of:

They will be playing for the Vanderpump Dog Foundation. It’s not a surprise since the leader, Lisa Vanderpump is often seen holding a small dog in her arms. Celebrity Family Feud is no exception.

Scheana, another ‘Vanderpump’ castmate won’t be joining her TV family for a round of the popular game show, but she did speak out on her thoughts of ex-boyfriend Robby Hayes dating a new reality starlet. The 34 year old California native also took in the fun music show, Wango Tango over the weekend looking totally cute and casual.

Did you know Tom and Ariana have been romantically linked for the last 5 years? How did these two posh bartenders celebrate their dating anniversary? “5 years together! We celebrated by staying in bed all New Year’s day and eating pizza while watching old reruns of Chappelle’s Show,” Ariana revealed in her Instagram post.

The ladies of ‘Vanderpump Rules’ always know how to look camera ready. Ariana and Stassi shared their beauty tips and routines that you can start using today.

See more photos of the Legend/Teigen vs Vanderpump Rules Game 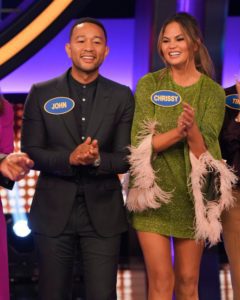 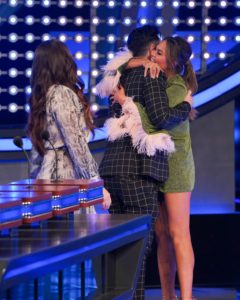 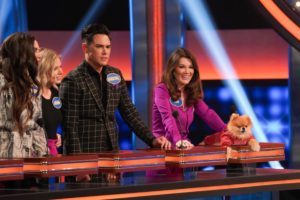 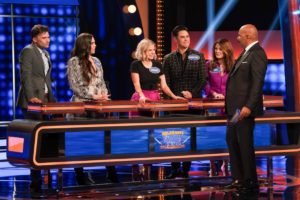