Kelly Clarkson has a lot to be excited about: she’s hosting her own talk show, her new season of The Voice is premiering September 23, and she always manages to look good while balancing her busy schedule. If you want to know her beauty secrets, from her skincare routine to her go-to hair and makeup products, keep reading!

Kelly keeps her routine fairly simple. She was a spokeswoman for Proactiv, and she still uses their cleanser and toner to keep her skin in tip-top shape. For events though, she relies on sheet masks from Peach & Lily to firm or brighten her face, which also helps prep for makeup.

While Kelly has had many different hairstyles over the years, one thing that hasn’t changed is how she takes care of her hair. She uses her hairstylist’s product line (Robert Ramos) to give her hair volume and keep it moisturized.

ON THE GO ESSENTIALS

For Kelly, packing light is the top priority. She only carries the bare essentials, like her iPod, a book, and lip stain. This makes sense considering her beauty motto is “less is more” as she prefers to focus on natural beauty rather than be full glam 24/7.

You can see Kelly’s beauty style in action on her talk show The Kelly Clarkson Show, which airs everyday at 2/1 c on NBC. Check out a few photos from her show below: 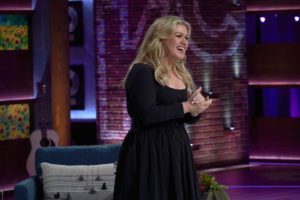 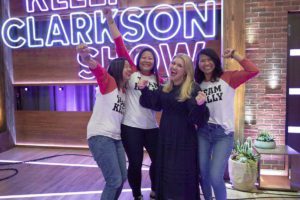 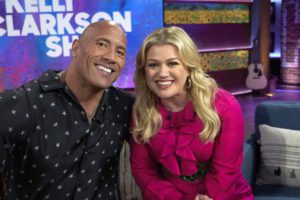 Get Kelly’s Glam Look from The Voice

Did Kelly Clarkson Choose The Voice Over American Idol?