She may call the Sunshine State her home, but that doesn’t mean Juliette Porter doesn’t love other tropical paradises too! The Siesta Key star is currently in Greece vacationing with her boyfriend, Bachelorette alum Robby Hayes.

The newly minted couple is staying at the Myconian Utopia Resort, where they have been exploring the beautiful scenery, and eating lots of amazing food! Juliette said in her Instagram (which you can see below) that she’s in heaven with this trip! We can’t help but think Robby may have something to do with that too!

She even posted a cute photo of him to her Snapchat, which you can also see in the gallery.

Check out some photos from Juliette and Robby’s trip to Greece below: 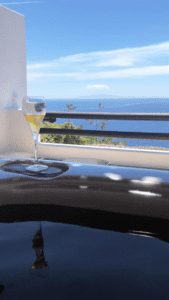 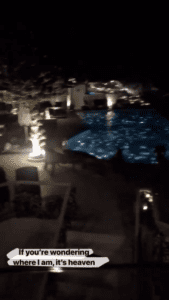 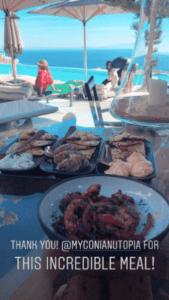 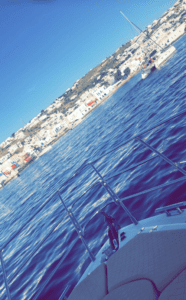 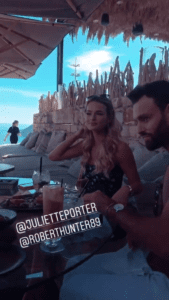 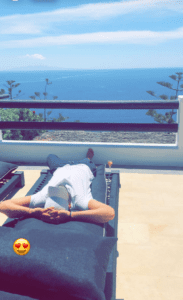 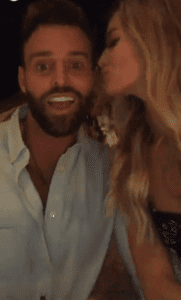 Recently Robby’s ex-girlfriend Scheana from ‘Vanderpump Rules’ sounded off on her thoughts about the new couple. There don’t seem to be any hard feelings there!

Regarding Juliette’s ex-boyfriend Alex from ‘Siesta Key,’ he is off having fun this Memorial Day Weekend back in the states. He shared a group photo hanging out with about 10 friends. None of which have appeared on the MTV reality show.

The cast has been shooting season 3 of “Siesta Key” but it looks like they have time off for the holiday weekend perhaps since Juliette is off to Greece and Alex is hanging with non-reality show friends.

Be sure to follow Juliette and Robby on Instagram for more fun stories and vacation photos! Glad to see the two of them having so much fun in Greece!