You may have heard of Bryan Tanaka, but do you really know who he is or what he’s all about? Well, you’re in luck because we’ve rounded up 45 fun facts that you should know about the multi-talented star. Keep reading to find out all the details!

1: He’s known for being the other half to singer Mariah Carey. The couple officially started dating in early 2017.

2: Bryan and Mariah have had an on-and-off relationship though. The couple had a brief split in April of 2017; but they reconciled in June 2017.

3: Bryan has been dancing with Mariah for over 10 years. Check out this picture from 2007! 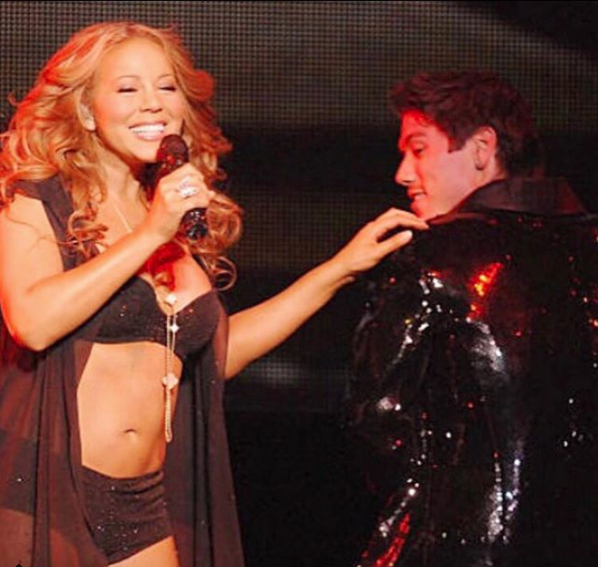 4: Before reuniting with Mariah, Bryan was a dancer for Beyonce.

#Flashback to dancin with a Queen B! I always loved this part of the show. I loved doing this choreography and it was the first time the guys would be seen each show. The energy we felt when we hit the stage was insanity. Insanity equals intensity. Can't you tell by our faces!? I mean B is a frikkin Lion! #Beyonce #Epic #Moments4Life #BryanTanaka #MuchLove

5: Bryan started as a backup dancer for Mariah first, before being promoted to her creative director.

6: Their friendship/professional relationship turned into a flirtation after Mariah split from her fiancé James Packer in October 2016.

8: Bryan is originally from Lacey, Washington.

10: Bryan has a YouTube channel. He’s often posted dance videos and routines on the channel to popular songs.

11: His most popular video is a dance video to the song “Jump” by Rihanna. Check it out below!

12: His oldest video is from 11 years ago. It’s a snippet of a dance class routine. Watch it below!

13: As you can tell by the video above, Bryan has also taught dance classes in Los Angeles.

14: As a dancer, Tanaka has been in many prominent tv shows, like Dancing with the Stars.

16: He also guest starred on a 2006 episode of Entourage, and appeared in the film LXD.

18: He has a younger brother named Danny. Check out their fun photo below!

My lil brother reminds me not to take things so seriously and to have fun as much as possible. #Reminders #HaveFun #BeGrateful #MuchLove

19: He often posts pictures of him and Mariah at events or out and about. See this cute photo below!

20: He’s super close with both of his parents.

If you know me know me… you know this was a big deal! This guys music and videos had me dancing like crazy as a kid! I definitely had like 20 pairs of MC Hammer pants! ? #NoShame #CantTouchThis @mchammer #MuchLove

22: He’s a Lakers fan. Check out his jersey in this pic below! 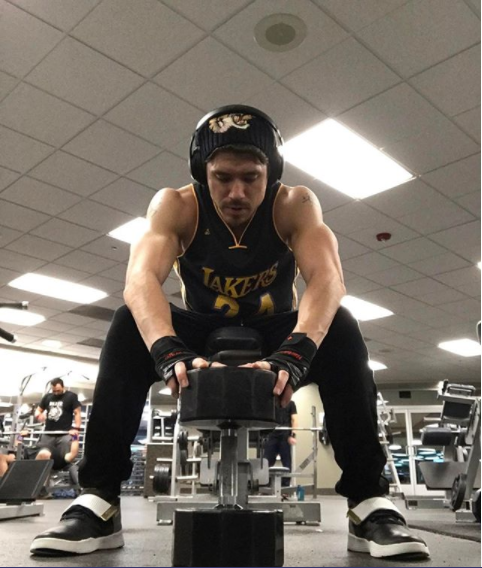 23: He fractured his patella (knee) in March 2016 and was out for 6 months. In September 2016, he began doing leg exercises in the gym again. In January 2017, he began getting back to his normal routine of dancing, work and fitness.

My knee is getting stronger and stronger! I can't believe I was out for 6 months. Definitely happy to be back in action! ?? #Strengthen #Overcome #FracturedPatella #TornMeniscus #StayConsistent #MuchLove

24: One of his favorite #hashtags to use on Instagram is #MuchLove.

25: He also likes to post inspirational quotes or mantras on social media. 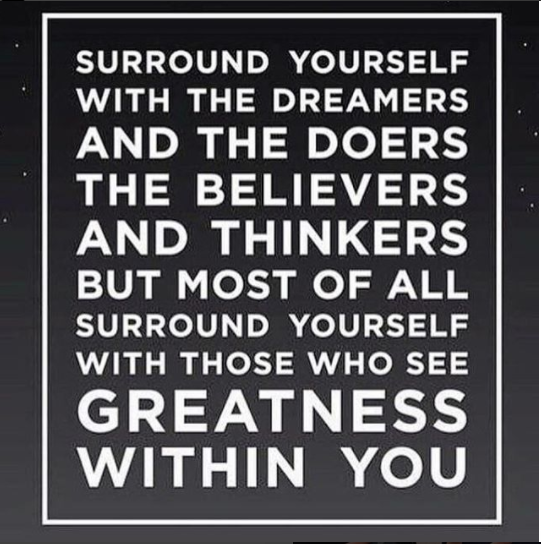 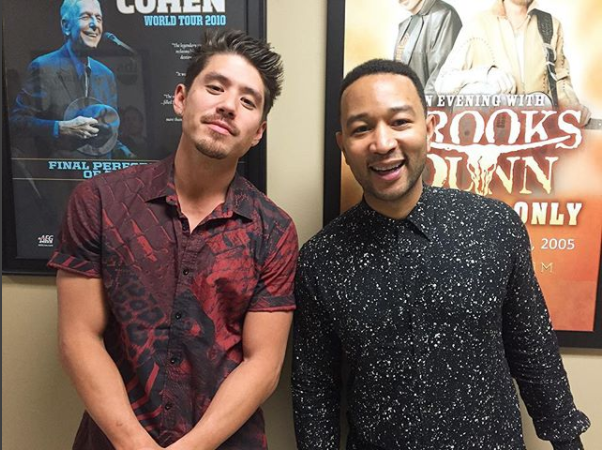 27: He’s a fan of the Carolina Panthers. Check out his excitement when they were going to the Super Bowl below!

My boys going to the Super Bowl!!! Congratulations @jonathanstewar1 ?????

28: He loves his dog, Mila. She’s an English Staffy. Check out a couple adorable pics below!

29: He went to Timberline High School in Lacey, WA. Check out his fun video below!

I was super excited to be back at my old high school last weekend but kinda jealous because it's so much fresher now after the remodel! It's like a college campus now! T-Liiiiiine! #Timberline #Blazers #Lacey #360 #Roots #MuchLove

30: He’s travelled all over the world for dance tours, including the UK, Europe, Japan and Dubai.

Snowboarding in the middle of the desert. Go figure! lol #Dubai has it all. And that's why I love this city. ??? #SkiDubai #Moments

31: There is a dedicated Instagram to Mariah and Bryan’s relationship with all the photos of the pair you could want – visit erica0808m

33: He’s an avid skier and snowboarder.

34: He is great with Mariah’s twins, Monroe and Moroccan. See them all around the Christmas table. 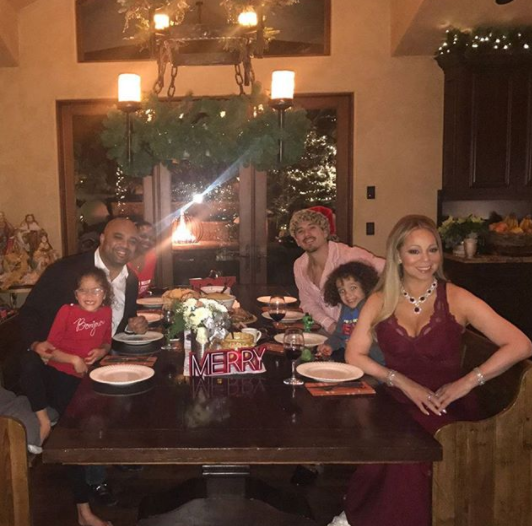 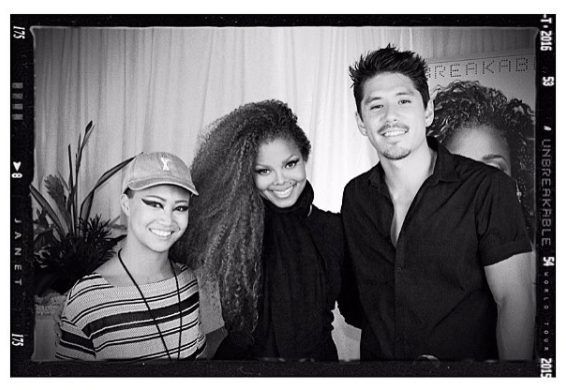 I've had some pretty interesting experiences with this guy but at the end of the day I respect his artistry, love his music, and his speech tonight at the #VMAs… he miiiight be one of the best marketing minds of our time. LoL What just happened? #KanyeWest

38: He’s a fan of boating. Check out the picture below!

It's not as easy as it looks. ⚓️ #Seattle

39: He’s been on the news in Brazil. Check out the cool video below!

41: He’s worked with Nicole Scherzinger (from the Pussycat Dolls), and Ciara. Check out the pictures below!

42: You know how he appeared in Rihanna’s documentary? He also starred in two of her music videos, “Shut Up and Drive” and “Don’t Stop The Music.”

#Throoooowback We filmed two major music videos in two days with Rihanna in #Prague. #ShutUpAndDrive and #PleaseDontStopTheMusic This was a special time for all of us. As you could tell, my ass was hella happy. ? #Moments4Life

43: He performed at the iHeartRadio Music Awards. 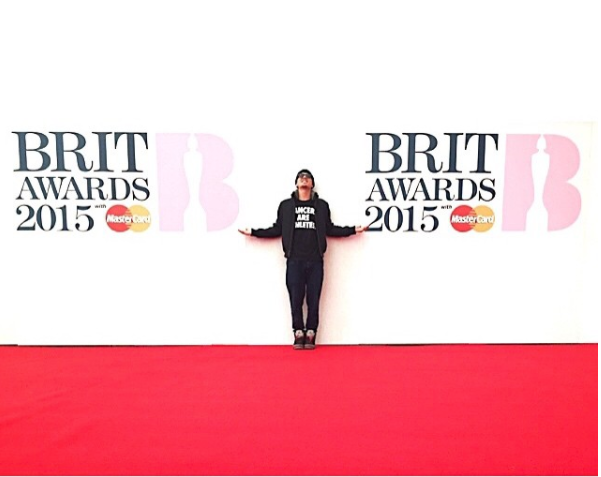 45: Bryan is a regular at the Millennium Dance Complex in Los Angeles.  Check out this video of him dancing to Unforgettable by French Montana Ft. Swae Lee

There you go: 45 facts you may not have known about the super cool Bryan Tanaka! Be sure to follow him on Instagram where he posts a lot of videos, behind the scenes pictures and other events!