Everyone has been anxiously awaiting the return of Netflix’s Fuller House for its fifth and final season. The hit family sitcom has drawn a large audience of kids and adults alike, and for good reason: a lovable cast, great scripts, and fun characters. We’ve got all the details on the upcoming new season, including who’s returning, who’s directing, & much more, so keep reading below to find out what’s to come on Fuller House!

Who returns for season 5?

Michael Campion (Jackson) revealed in our exclusive interview who he hangs out with most from the cast plus if he will have a love interest in the final season.

The cast has shared some fun behind the scenes photos from set this season, which you can see a couple of below:

What about writing? Directing?

There’s quite a few cast members who will have writing credits to their names, not to mention take a seat in the director’s chair this season! Dave Coulier directed episode 12, and Candace Cameron Bure directed last week’s episode.

Andrea Barber nabbed her first writing credit this season with episode 13, and the latest cast member to get a credit? Jodie Sweetin, who just posted her directorial debut with episode 16 “The Nearlywed Game.” See those photos in our gallery at the end of this article!

If you’re wondering about the aforementioned title for Fuller House‘s latest episode, your hunch may be right. Turns out, there’s been rumors floating around about an upcoming wedding in the fifth season! But whose wedding is the question.

Could DJ and Steve finally tie the knot? Or maybe Kimmy and Fernando could give it another go? Candace Cameron Bure did post a photo of she and Jodie donning some pretty outrageous dresses – could they be bridesmaid’s gowns? Check out the photo below and judge for yourself!

Of course, based on season 4’s epic proposal from Jimmy Gibbler to Stephanie Tanner, there’s a definite possibility that those two will walk down the aisle in season 5! We also saw Kimmy give birth (as a surrogate) to Stephanie and Jimmy’s baby, so wedding bells would really be the icing on the cake for the couple.

In other news, Dancing with the Stars‘ Val and Maksim Chmerkovskiy are set to return for season 5. The brothers guest starred in an episode earlier on for a club scene with Candace, Jodie, and Andrea. Other guest stars include: Josh Peck, and even Candace’s own daughter, Natasha Bure!

While the official premiere date has yet to be announced, fans should expect it to be available on Netflix for streaming sometime this fall.

Check out our Fuller House season 5 photo gallery below: 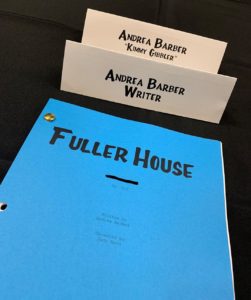 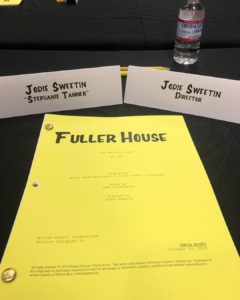 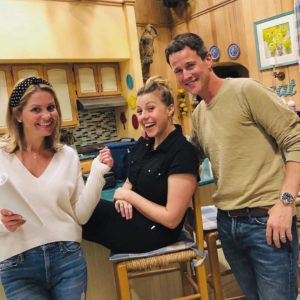 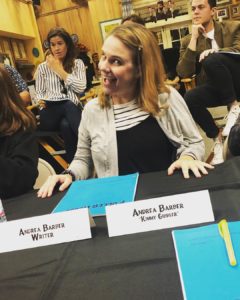 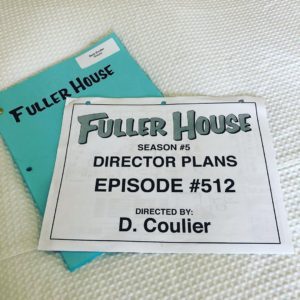 Michael Campion Talks Fuller House Season 5, Which Castmate He Hangs Out With, & More in Exclusive Interview!

Val and Maksim Chmerkovskiy Coming Back to Fuller House, According to Candace Cameron Bure

Fuller House‘s Michael Campion Reveals How Fans Can Get His Attention on Instagram – EXCLUSIVE!