If you’re Audrina Patridge, then one of your first loves was shown from the start on national television. Her tumultuous relationship with Justin ‘Bobby’ Brescia was one of the main reasons to watch the original Hills series. Now Audrina and Justin have grown up, but have they grown apart?

The exes did reunite over dinner in the series premiere of The Hills: New Beginnings, but things were left up in the air in terms of their new ‘relationship.’ Keep reading for all the details on their meet up, and their romantic past!

What happened with Audrina and Justin in the series premiere of The Hills: New Beginnings?

First things first: sparks flew when Justin and Audrina reconnected over dinner. The exes met up and chatted amicably about their individual lives over the last 10 years – yes, Justin still rides his motorcycle; and yes, unfortunately Audrina did go through a divorce from ex-husband Corey Bohan.

While the two were rehashing the past, the obvious conclusion arose that Audrina’s ex was not the “love of her life”, to which the pair exchanged small smiles across the table. You can see the flirtation in the photos below: 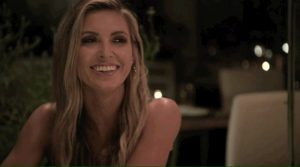 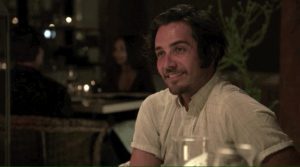 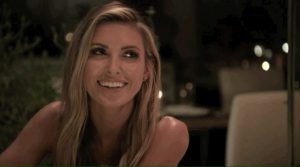 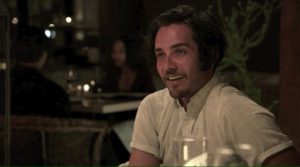 While they may be more put together now, way back in the day, both Audrina and Justin were simply trying to navigate the Hollywood scene. The two knew each other before The Hills, when Justin was a hairdresser and Audrina worked odd jobs. The California natives were “official” in 2006, during the first season of The Hills.

Justin didn’t start appearing on camera right away – you can start spotting him in season 2 though! This began their on-again, off-again relationship that would span 10 years. Fans loved seeing them so passionate and in love; but sometimes they wouldn’t end things on the best of terms (cue the arguments set to dramatic music on the show).

After the pair first called it quits, Audrina got into another on/off romance with BMX biker Corey Bohan. The Hills star and Australian motorist were an item starting in 2008. The two eventually found each other down the road in 2014, getting married in 2016, and then divorced in 2017. Audrina did not immediately see Justin Bobby; in fact, the two only came back into each other’s lives on a more frequent basis due to filming the MTV reboot.

While Audrina did date other guys (remember Ryan Cabrera?), she always seemed to go back to Justin Bobby. Who could blame her? Feeling the Vibe reported that Justin said he will always have a spark with Audrina. With the both of them single and ready to mingle, will they rekindle their romance? Only time will tell, so be sure to tune into The Hills: New Beginnings (Monday nights, 10/9 c on MTV) to see what happens with the Audrina/Justin Bobby saga.

MORE ON THE HILLS: NEW BEGINNINGS

Stephanie Pratt Moving from ‘The Hills’ to London Amid Tension with Her Brother, Spencer

Mischa Barton Shares First Impressions She Had of The Hills: New Beginnings Cast